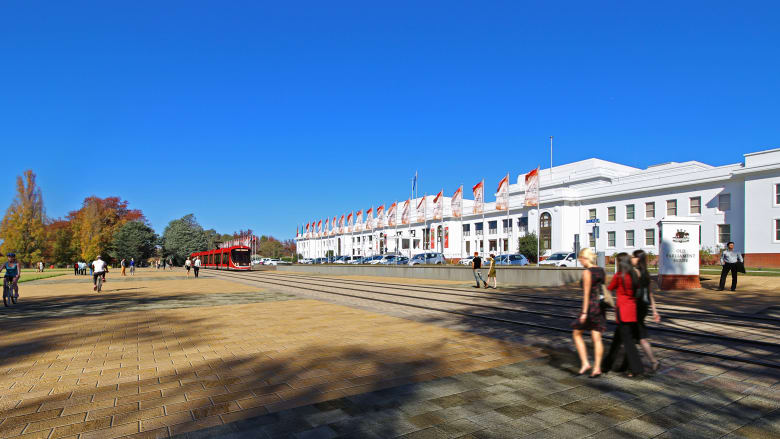 The Public Transport Association of Canberra (PTCBR) are pleased that the ACT Government has provided an estimated cost for stage two of Canberra’s light rail network. The cost incorporates design changes likely to be necessary for federal government approval, including a new light rail crossing structure between Commonwealth Avenue Bridge, and wire free light rail operation through the Parliamentary Zone.

“The indicative cost of between $1.3 and 1.6 billion dollars is not a figure that the Canberra public should be shocked by. It’s a major infrastructure project that a city of our size requires, and can afford.”

“Few people blink an eye when 800 million is spent on Majura Parkway. In fact we spend huge amounts on roads, with no expectations around costs or befits at all. Light rail stage one, and the sensible financial model underpinning that shows we can afford to pay for and build stage two in a similar phased way as stage one” Mr Damien Haas, Chair of the PTCBR said.

PTCBR strongly support light rail stage one, and light rail stage two. The second stage is a significant step in linking north and south Canberra and ensuring that public transport becomes a viable option for existing and future residents. The PTCBR encourage the federal inquiry into light rail stage two to conclude with a recommendation for the project to proceed.

Mr Haas observed that the commentary around the time taken for the trip from Woden to Civic by bus compared to the proposed trip time by light rail is an issue that overlooks long term public transport benefits.

“The current rapid bus leaves Woden and doesn’t stop until it arrives at the Albert Hall. It simply motors past tens of thousands of residents and employees that cant get on board. Light rail will have stops along Adelaide Avenue that many Woden and Inner South residents can use. It opens up the rapid transit network to a whole new group of people that don’t have that option now.”

“More importantly, light rail stage two provides much better public transport into the Parliamentary zone, a significant employment hub. Many people in Woden cant get the bus to work in Parkes or Barton, light rail will offer that option. That trade off is definitely worth a short ten minute increase to the rapid bus travel time. The long term aim is to increase public transport patronage. Providing a better service helps achieve that. ”

Damien Haas is the Chair of the Public Transport Association of Canberra, the Canberra regions peak public transport lobby group.