Network 19, light rail, buses and the winners and losers 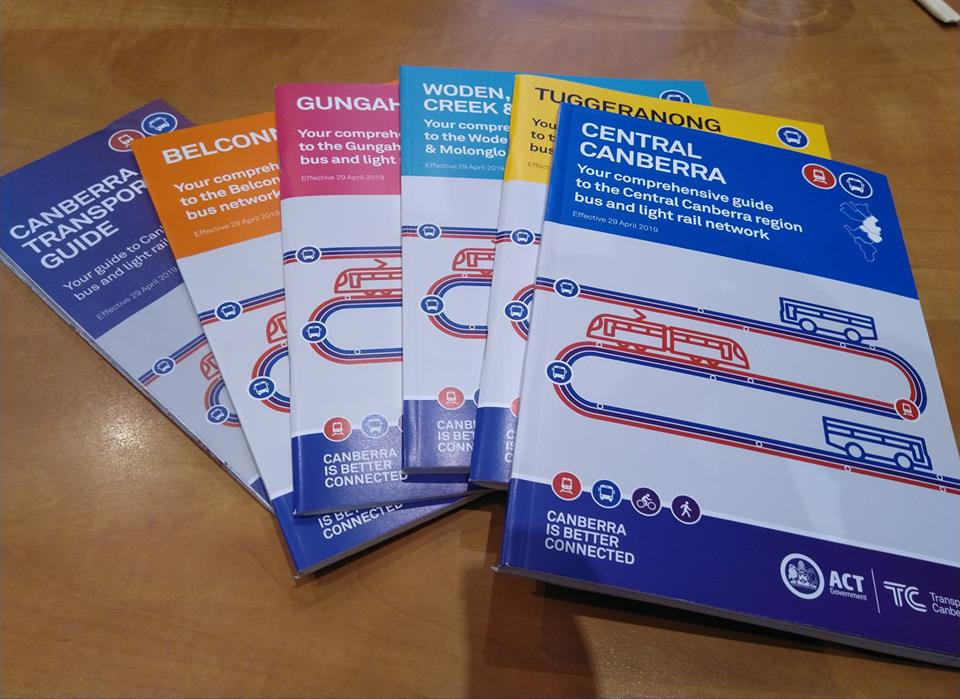 An edited version of this article was published in the Canberra Times here.

In its first week light rail from Gungahlin carried over 100,000 passengers and proved to be the success that its supporters knew it would be. It was a long time coming, and although it received overwhelming support from the public at the 2016 election, much political blood was shed in the decades leading to this endorsement including the toppling of Canberra Liberal Trevor Kaine, ALP Chief Minister Rosemary Follet and her Transport Minister David Lamont.

Chief Minister Barr and Transport Minister Fitzharris deserve much credit for the resolve they had to see the benefits of this city changing project through, since it was first announced by former Chief Minister Katie Gallagher in 2012. Essential political support from the Greens ensured that light rail survived the Legislative Assembly. Former Transport Minister Simon Corbell may one day be able to catch light rail from Civic to Kingston for a coffee, as he once famously predicted. Light rail will be a legacy for generations to come.

On Monday, the ACT received its second major public transport shakeup with Network 19, a fundamental reset of the system. Integrating light rail, a record nine rapid bus routes, and more frequent local buses, the aim is to increase local connections to rapid routes, and increase the frequency. Passengers have long complained about the magical mystery local bus tours, and this has been addressed.

Weekend passengers also benefit with light rail until 1AM and rapid buses operating until at least 10 PM on Sunday. Over time, it would be good to see local buses offer this same service, but as long as the TWU believes working weekends is voluntary and not something that the public expects that may be some time off. Passengers fortunate enough to live adjacent to light rail will be able to travel until 1AM on Saturdays and 11.30 PM on Sundays. This is the sort of weekend public transport service that Canberra has needed for many years.

Although the radical Network 19 changes will prove beneficial, there will be many short term issues as passengers start using it, and locating the new bus stops they may have to walk further to use. Not everyone benefits, and indeed some people lose out. Many long used local bus stops are disappearing, requiring people to walk to unfamiliar streets in their neighbourhood. Some people will have to transfer between services.

With 140 suburbs and 530 buses, not every suburb in Canberra can have a direct service to Civic. Expresso services received cuts, as patronage figures saw most removed, others changed to become part of the new rapid routes, and a few, mainly in Tuggeranong, retained in a different form.

Fairbairn, Hume, ANU and other locations lose a bus service. Although ANU has its own coaster bus, it may not have enough capacity for the students that relied on the former service. Transport Canberra have indicated that on-demand and flexible buses will replace some services, but there is no extra funding to expand this fleet and the software for the small fleet of on-demand buses is not yet available. In some instances the services are more likely to be used by the fridge magnet generation, than the app generation.

The loudest voices against Network 19 are the parents of children who use school buses to travel from north to south Canberra. These services have slightly decreased from 246 school bus services to 221 services, and there are now reportable metrics in place. Some services carry a handful of students a day. Clearly a bus carrying a hundred people is better used on a local bus or rapid service decreasing peak hour bus frequency. While there is no separate school bus fleet in Canberra, this balance of resources will continue to be played out.

Many schools now have regular bus stops next to them, or nearby. The majority of students travelling to school by bus do so on a regular bus, and it is better for their independence and to stop bullying that they do so into the future. Many former students and bus drivers have advised that a student is less likely to be bullied on a regular bus, when an adult passenger will speak up, than on a school bus with no adult present except the driver occupied navigating our roads.

Passenger wayfinding between rapid and local bus services outside the interchanges also needs some work. Savvy passengers may know they can step off a rapid bus, walk 100 metres and step on a local bus, other passengers may not know this. People won’t mind transferring if the frequency of services leads to shorter waiting times for the next bus or light rail. Better signage at local bus stops, or software notifications could help here.

Overall the benefits of more frequent local services connecting to a mass transit spine will make public transport more efficient and better for passengers. Network 19 has been subjected to exhaustive community consultation, with changes made to school bus services, Expressos and some local loops modified. In large transport networks, people often transfer to complete their trip. It is a new paradigm this city needs to adopt as it goes from a country town to a city.

Our city has grown and now our transport network has changed to accommodate that growth. In 1992 Gungahlin had 389 residents, today it has 80 thousand – 50 thousand who have arrived in the last five years. Light rail was delivered by  the Barr government under budget, before the major duplicated roads in Gungahlin being constructed at the same time. A startling reminder that under the Stanhope administration, public transport and road infrastructure was very far down the funding priority list, while single dwelling housing blocks were allowed to sprawl across Canberra. We have to stop building in car dependency.

Gungahlin residents deserve much credit for getting Canberra to an integrated bus and light rail transport network today.  They called for better public transport in the early 1990’s when it was apparent that buses alone would not carry the amount of passengers the popup suburbs were attracting. The Gungahlin Community Council, the Light Rail Coalition, and then ACT Light Rail were community groups energised by the idea of better public transport and planning outcomes that light rail could deliver. Sustained community activism can lead to political outcomes.

The Public Transport Association of Canberra has supported the current Governments public transport policies, and worked with transport planners and operators to bring about better public transport outcomes. Community consultation is vital, as direct engagement with the decision makers has led to better passenger experiences. Sometimes transport planners don’t get it right, and users can provide advice on a better passenger experience and provide user insights.

We must get public transport right. At 420 thousand residents now, and half a million soon, Canberra must keep building transport infrastructure that matches our growth, and corrects past mistakes. More buses are being ordered, more articulated buses with greater passenger capacity are in the fleet than ever before, zero emission vehicles may form the core of a bus fleet (light rail is powered by renewable energy). Public transport is a visible sign of the health and livability of a city and its people. This government understands this, will future governments? The 2020 Assembly elections will be telling, as the Canberra Liberals are yet to share any thoughts on future public transport infrastructure.

This week Network 19 has arrived, building on the success of light rail stage one opening last week. There will be passengers with problems in the next week or two, as people have to establish new routines and make changes to long used commuting patterns. Despite teething issues, in a few months the true value of this radical change will be realised.

As only about ten percent of Canberrans use public transport now, the aim of Network 19, light rail stage one (and stage two when it is built) is to attract new passengers, encourage greater residential and business growth around transport corridors, and to provide incentives to people to park their car at home. A month of free public transport accompanying the new network and the introduction of light rail will attract new passengers, Canberra needs to keep them using public transport. The results of Network 19 may take some time to be realised but they must work if we want to enjoy the bush capital and not live in our cars.

Damien Haas is the Chair of the Public Transport Association of Canberra, the regions peak public transport user lobby group.