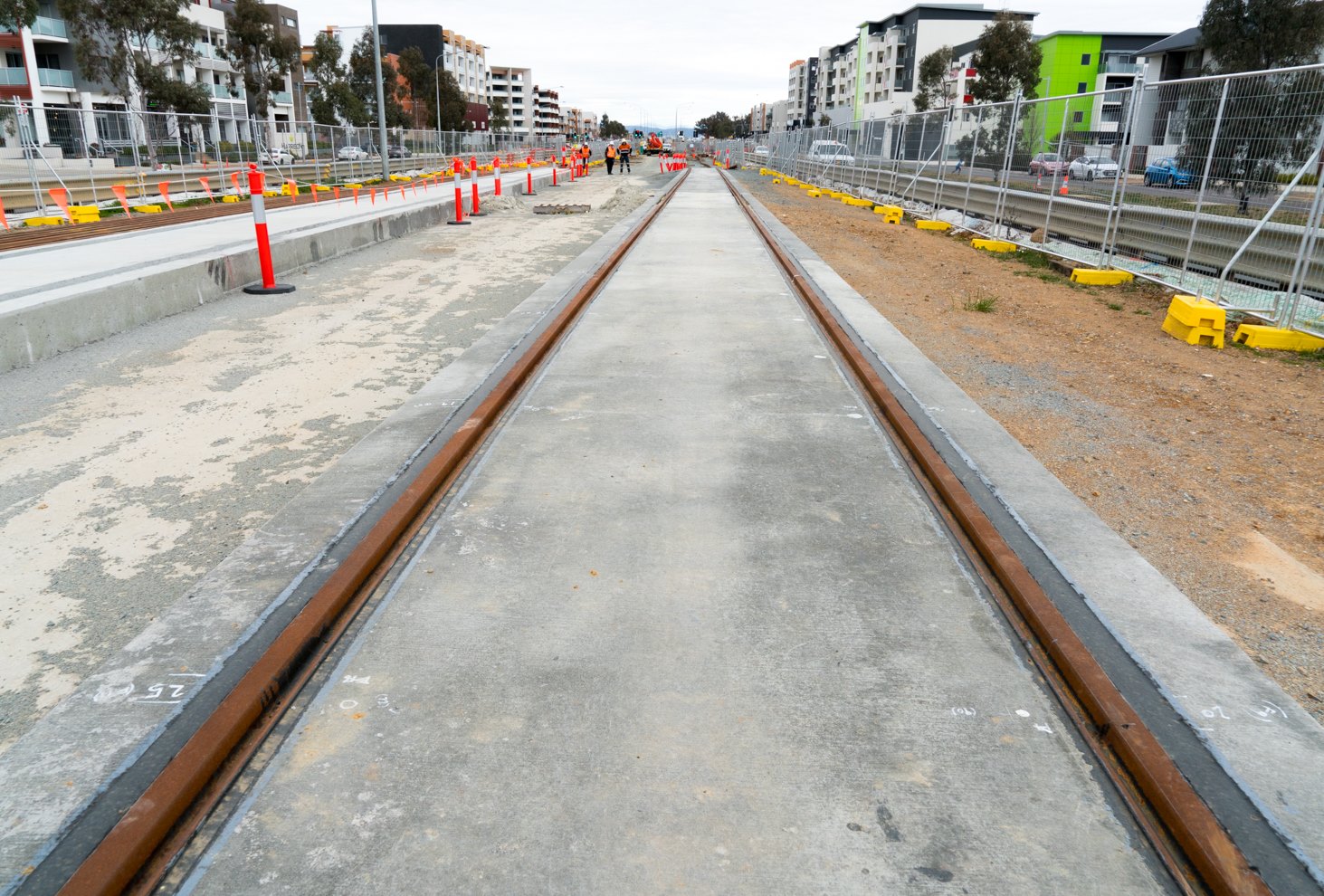 A meeting of the Public Transport Association of Canberra (PTCBR) will be held on:

Room 8 at the Griffin Centre, Genge Street in Civic.

Agenda:
This week test track for light rail has been laid, progress on light rail stage two was announced and electric/hybrid buses are being prepared for service on our roads.

This meeting is a good opportunity for PTCBR members to learn more about recent public transport developments in Canberra, and ask questions to the people building and operating it.
Membership forms will be available at the meeting if you wish to bring along someone you feel may be interested in joining our association.
To stay up to date with all public transport and planning issues in Canberra, join the PTCBR here and visit our Facebook Group.