The Public Transport Association of Canberra (PTCBR) are pleased that provision for a future light rail route has been included in the plans for two of the Molonglo Valley’s key arterial roads.

The recently released design documents for John Gorton Drive Stage 3B show a planned light rail route running in the median of John Gorton Drive north of the Molonglo River. The route then heads east along a planned extension of Bindubi Street, with a stop near the intersection servicing the planned residential estate of Whitlam. 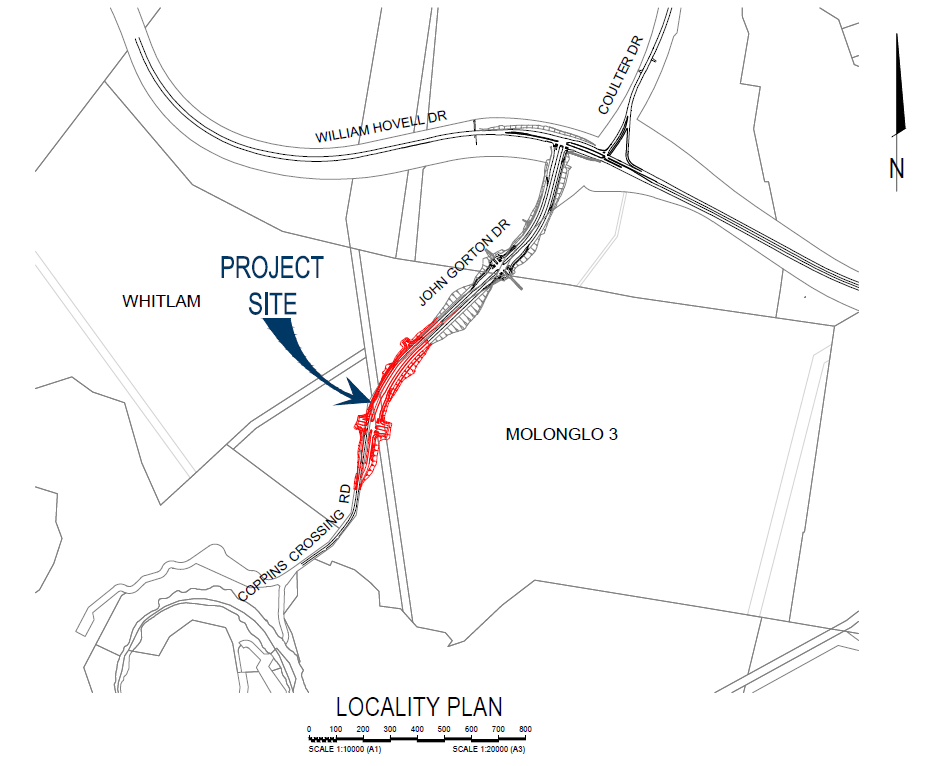 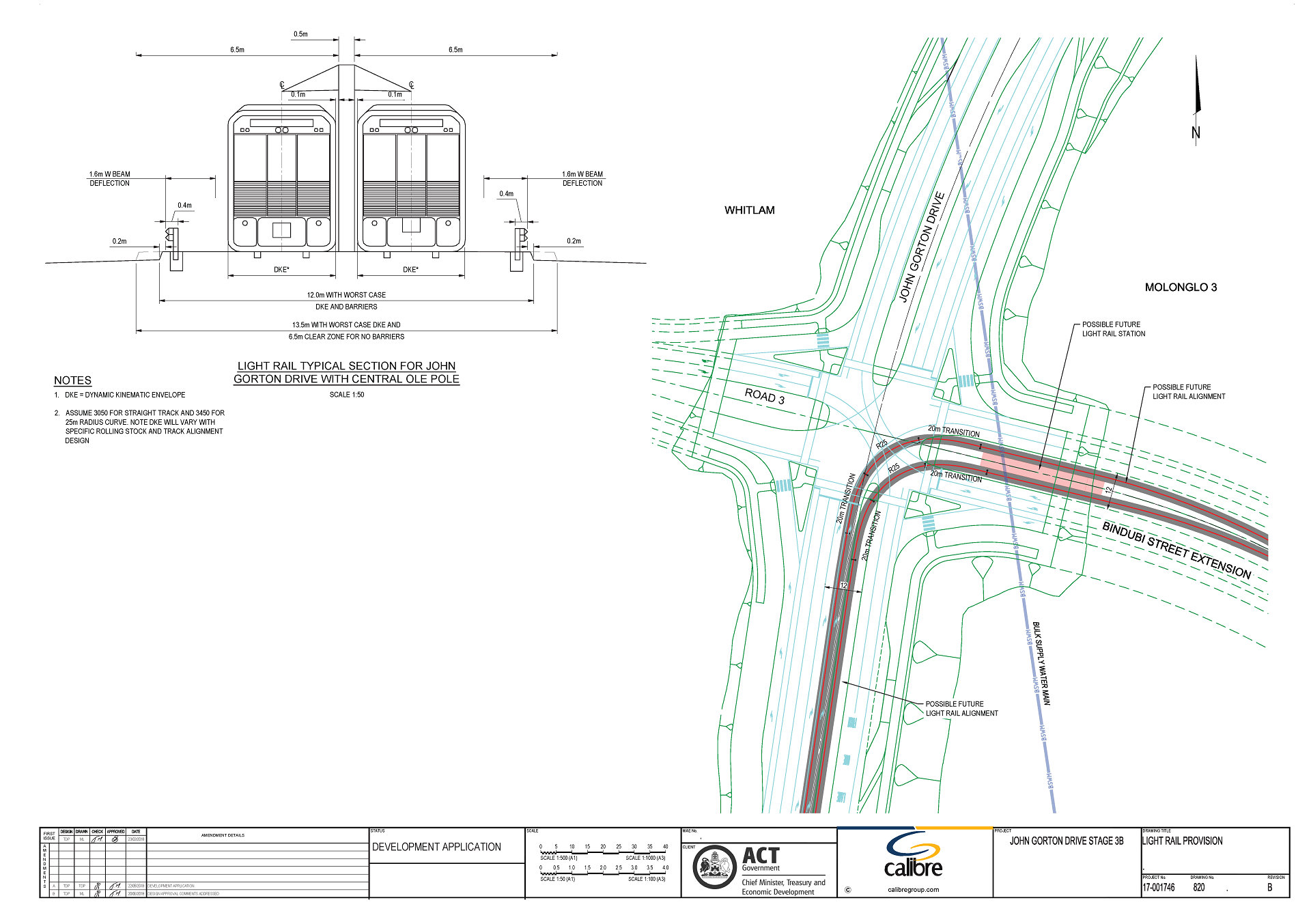 This is the first instance of light rail being a key influence in the design of infrastructure in the Molonglo Valley.

“The Molonglo Valley has been designed around an ‘urban boulevard’ concept and is therefore ideally suited to a future light rail route,” PTCBR Committee Member Ryan Hemsley said.

“As a long-time resident of Weston Creek and a current resident of Molonglo, I look forward to seeing how the future stages of John Gorton Drive and Bindubi Street incorporate provisions for a light rail route to service our growing district”.

A draft concept plan included in the documentation shows three stops servicing the future suburbs of Molonglo Valley Stage 3. The route shown is largely consistent with the planned Woden to City via Weston Creek and Molonglo route outlined in the 2016 Light Rail Network Plan.

Both the PTCBR and its predecessor, ACT Light Rail, have long argued for light rail in the Molonglo Valley.

ACT Government population estimates have the Molonglo Valley growing by over 500% between 2016 and 2020. In this year alone, nine development applications for multi-unit sites in Denman Prospect have been lodged with the planning directorate.

The PTCBR believes that light rail will be a critical part of Molonglo’s infrastructure mix if it is to avoid many of the road congestion problems that have plagued Gungahlin.